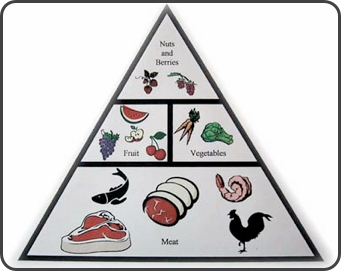 This is a topic I’ve tried to avoid for a while largely because I get so worked up about it.  Several years ago, I believe it was immediately post my first trip to Kona I decided to start reading up on nutrition. Till that point I had just not thought about it and taken as gospel, as “common sense” what I had “heard”. I literally devoured books (see the list here. ) and slowly became pretty shocked by what I discovered. Suddenly it dawned on me I’d been literally brain washed. Perhaps thats strong but I’d been fed so much of the same information that I felt this was beyond questions it was ‘common sense”. Just ask on a triathlon forum and I’m sure you’ll get a tonne of responses about low fat high carb dogma. Mention of the alternative will often be derided as a fad. Look at articles in magazines, the diet section of most training books – it’s all just a copy of the same dogma. Even diabetic organisations promote high carb diets even though Type 2 diabetes is insulin resistance so eating a high carb diet is surely questionable.The impression by sheer weight of numbers, opinions given by non experts and supposed experts alike, is that this has somehow been proved.

My reading made me realise that the advice given by government, doctors, dieticians, nutritionists on the whole was more or less the complete opposite of what is healthy. I remember, in my 20s when I followed the low fat, high carb diet and avoided saturated fats, thinking how this didn’t seem to make sense. If this was true then I wouldn’t get fat eating sweets (they’re the perfect high carb low fat food!). I would think how we all now a good honest belgian bun would make you fat but surely that was mostly sugar (remember carbohydrate is effectively sugar). I wondered how come there must be so much fat in it.

I started to do a little survey myself… completely informal and not scientific but it was intriguing. Friends / family that were thin but didn’t exercise I asked what they ate. My sister for instance almost never had cereal or bread for breakfast. Instead preferring scrambled egg and smoked salmon. Jo’s sister said she wouldn’t have ‘carbs’ (inverted commas since she meant pasta, potatoes, bread not green leafy veggies) in the evenings as they make you fat.

I felt I had to do something about it. I looked into nutrition courses and dietician degrees but soon discovered that the problem there is that they are taught the government dietary dogma as fact. What makes this worse is they are taught this at University and as such will tend to believe this as true. It also gives them authority over the rest of us. Similarly with doctors – get in to any debate about diet and if there’s a doctor in the house it stops being a fair debate since the assumption by most is they ‘know’ the answer. My understanding is that doctors are not taught much about nutrition they are taught how to treat symptoms that present rather than how to prevent them. Just think of the current view of ‘preventative’ measures. This involves screening for disease. How exactly is early detection preventing a disease since if you detect it you’ve clearly not prevented it. These screenings may give the impression of helping cure by early detection – but statistics can say anything. Given that the measure for a successful cancer intervention appears to be survival 5 years from first diagnosis it is pretty clear that detecting the cancer early will give an increase in this measure even if the person lives no longer.

What could I do ? I really felt his was such a big issue. Health spending is going through the roof. In theory medical knowledge and techniques are improving massively but we’re not as healthy. Anyone my age should just think back to their youth. The fat kid at school was just that a single kid. The chances are they weren’t even fat by todays standards just big. Walk down any street and look at people and decide whether they are overweight (a game I used to play on my walk to work) – it’s seriously scary.

The only thing I could do was in a small way try and influence the people I came into contact with. This proved incredibly frustrating as I was just hit by the old dogma and not being ‘qualified’ I was in no position to refute them but when I asked the people repeating the dogma back to me what proof there was they’d look utterly utterly stunned. Proof? It’s common knowledge therefore does not require proof. Wasn’t the world being flat “common knowledge” once ?

So I stopped being so evangelical about it. Now if nutrition / diet comes up in conversation I try and quietly move away. If someone asks me directly I will give my view and I take a little pleasure in seeing that invariably the people that follow the advice find huge  benefits.

What’s caused me to write about this ? It’s having just read (in a single day) “ Big Fat Lies “ by Hannah Sutter. Here’s a lady that was equally shocked by what she discovered about diet advice. She had the guts and wherewithal to do something about it. She gave up her job. Set up a company and wrote that book. Good on her. I recommend reading her book – it’s not long and may change your life.

Hows this all work with me? I’ll be honest I’m not the best advert for these eating practises. I’ve not cracked it. I know though that I feel a lot better when I do. I have more energy, have no tummy fat and just feel better. I slip back in to eating chocolate, cakes etc…. and it’s amazing how quickly I get a small belly back on me. Thats with the level of exercise I do. I feel for those overweight people forcing themselves to the gym to try and lose weight. The determination they have would be so useful directed elsewhere since exercise is not going to solve the problem. I average 30+ hours a week of hard exercise and I KNOW I will get fat if I eat incorrectly. Right now I’m 20lbs over the weight I’ve raced at in the past. Yes you got that right … 9kgs. Doing 3 or 4 hours of gentle exercise each week is not going to make the difference. Switching you body to ketosis is. This is a completely natural state which is unfortunately regularly confused (by supposed ‘experts’) with ketoacidosis which is a dangerous condition that Type I diabetics can suffer from. Ketosis is triggered by low carb diet and once there you feel full of energy and not hungry. To get to that start you can’t be eating processed or starchy carbs and unless your exercising a huge amount your fruit consumption should be restricted to berries.

I’ve struggled to switch to this diet but when I have the results are fast and impressive. I’d started to realise just how addictive these ‘bad’ foods are. I thought it as just the way it was and I needed more willpower. Now I realise that many of these foods are designed that way. They are addictive and simple triggers can make you ‘feel hungry’. Proper hunger comes on slowly and is satisfied with proper food. Hunger for these foods is generally triggered, it is a hunger for a specific (normally carb based) food and the hunger will pass if the trigger is ignored. These triggers can be set up very quickly. When I used to walk to work I’d occasionally stop and grab a coffee. Sometimes I would have a donut. Without fail, if I’d done this, the next day as I’d approach that coffee shop I would suddenly feel starving and crave a donut. Generally I couldn’t resist it but if I did the hunger would be gone before I got to work.

I recently read a book – The End Of Overeating which explains all this and gives techniques to try and get over these impulses to eat “hyper palatable” food. Armed with this I am again trying to notice my triggers and avoid them. I can tell you it’s difficult but I feel sure the health benefits of winning this battle are huge so i fully intend to persist.

This entry was posted in Nutrition. Bookmark the permalink.