This has been another great week. Back to a little more bike focus largely because next week with the approach of Jo’s Double Ironman I’ll have less time so will probably do a little more running.

I’ve kept on my swimming again by getting two solid swims in with Rachel and EK. We did the 40 100s again but this time went off 1:30 for two sets of 10 rather than 1:25. Despite this I was swimming about a second slow. Must be fatigue.

Biking has been solid this week with some long rides at lower powers. Again I think some general fatigue couple with riding on my own for much of it. Friday was a particularly notable day as I managed to push my bike Eddington Number up one to 129. Chuffed to bits though it’s not getting a toughie as it requires 5 rides of 130 or more to get to 130 and 16 rides of 131 or more to get to 131. I manage to run really well off this ride which was so pleasing. I started to believe I may be able to run again this season. I was so completely and utterly zonked that evening. I was asleep as my head started to fall towards the pillow.

On Sunday and Monday I met up with Russ and three of his athletes to ride. They are great company and Russell is clearly doing a great job with them. The Sunday ride was long with some very solid efforts on the hills. Monday was all about Tabeyesco. I’ve been using this as a test to see how I progress and to calibrate Raceday Apollo.

It’s an understatement to say I’m chuffed to bits. Thats off the back of 640 miles (15,000m ascent) riding in the preceding 8 days, riding every day. It further comfirms my experience that my bike fitness returns well riding day after day after day. 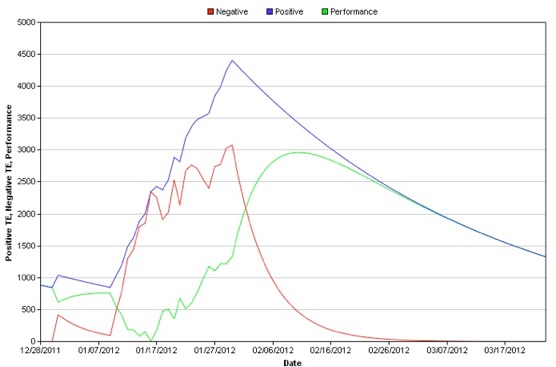 This entry was posted in Training and tagged Lanzarote, Training Camp. Bookmark the permalink.